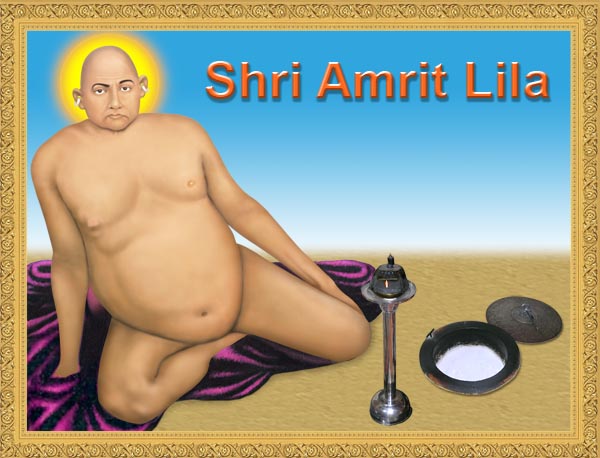 The revered saint Baba Shri Shri Amritnathji incarnated on the serene soil of Rajasthan in 1852. Babaji illuminated this world of humanity that had been reeling under the darkness of ignorance with his marvelous miracles and invaluable discourses.

Babaji performed such unimaginable miracles ever since his childhood that people remained dumbfounded by them. By the time Baba attained his youth, people had realized that Babaji was born for the divine cause of relieving the sufferings of many, as well as waking up a sleeping humanity and showing them the correct path of life. The food habits that Babaji adopted during his ascetic and traveling life left people wondering for ever. In the legacy of Yoga, Babaji was the only being after Lord Shiva to consume poison. Babaji gave simple discourses to the common masses for their benefits, which were based on the divine wisdom Babaji had acquired by way of austere meditation. Babaji’s teachings were unparallel and extraordinary. Babaji’s movements, composure and the 4 years of complete rest in the end were all unique.

Babaji was a complete celibate, an unparallel disowner, a true ascetic, a great yogi, the ultimate saviour, an exemplary favourer and a real saint with divine powers. Each and every word that Babaji enunciated was true and unchangeable. Whoever received Babaji’s blessing became calm and happy. The thoughts Babaji expressed became truth instantly and the paths Babaji walked became simple and easy. People who follow the path Babaji had propagated, achieve great success in life. For those (who) believe and have faith Babaji, he is present in every single particle for them. People attain bliss just by listening to the story of Babaji’s divine life.